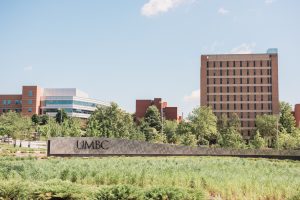 The Climate Action Plan, CAP, details UMBC’s plans and ongoing commitment with Second Nature (formerly ACCUPC) to achieve net-zero greenhouse gas emissions. The 2020 CAP builds upon the mission outlined in the first CAP and provides a road map for a continuous reduction of UMBC’s emissions. The 2020 CAP identifies a goal of net-zero greenhouse gas emissions by 2050 while improving UMBC’s adaptive capacity to a changing climate.

The CAP summarizes currently existing economically and technically feasible strategies towards achieving net-zero emissions; while acknowledging that future emission reductions may have to come from the procurement of carbon offsets. However, as technology progresses there may be alternative emission reduction options to allow UMBC to meet its goal of net-zero emissions more efficiently. The plan sections, derived from the inputs of the Climate Action Steering Committee and associated working groups, describe the methods, strategies, associated costs, estimated emissions reductions, and projected timelines for the implementation of the various carbon reduction actions. We invite you to explore the Office of Sustainability’s interactive dashboard and to view UMBC’s progress on Second Nature’s Reporting Dashboard. 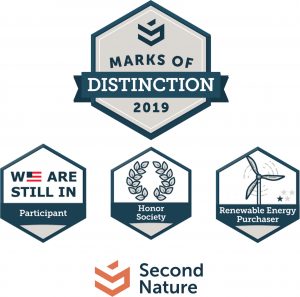 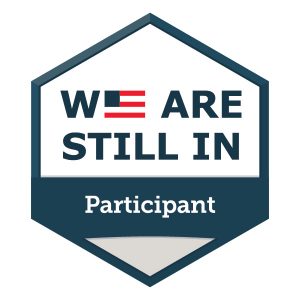 In 2007, the University of Maryland, Baltimore County’s President Freeman Hrabowski joined 330 other institutions of higher education presidents in signing the American College and University Presidents’ Climate Commitment (ACCUPC).  Through this action, UMBC joined a national initiative focused on mobilizing the various resources of institutions of higher education to reduce greenhouse gases.  At the core of this commitment, is to identify viable paths to achieve net-zero greenhouse gases or climate neutrality.

President Hrabowski stated, “This document expresses our deep concern regarding ‘the unprecedented scale and speed of global warming and its potential for large-scale, adverse health, social, economic, and ecological effects.’  It also emphasizes the need for ‘colleges and universities [to] exercise leadership in their communities and throughout society in addressing climate change.”

To help to achieve the goals the University formed the Climate Change Task Force (CCTF), today is known as the Climate Action Steering Committee (CASC).  University leadership charged the shared governance CCTF with the development, oversite, and promotion of campus actions to achieve the ACUPCC commitment.  The CCTF worked with campus stakeholders to complete a greenhouse gas inventory and to establish the University’s first Climate Action Plan.  The CAP established 2007 as the University’s baseline year for greenhouse gas emissions.  Based on the data and projections available at the time, the University adopted the year 2075 as our carbon neutrality date. However, by the 2020 CAP update, it was clear that UMBC could achieve carbon neutrality at (or before) 2050.

Since the adoption of the CAP UMBC has reduced emissions by 20% as compared to the baseline year of 2007.  On average, UMBC observes a reduction of emissions of 2% per annum. For more information please visit our interactive dashboard: http://bit.ly/UMBCDASH

The CASC is comprised of the following workgroups:

For more information about the CASC or to attend a meeting please email sustainability@umbc.edu.